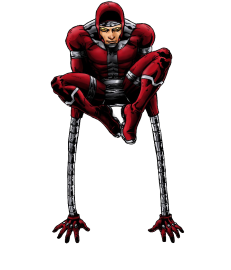 Scientists working for a top-secret U.S military project worked on creating an army of fifty-one experimental robotic soldiers capable of acting like humans. Their goal …

Scientists working for a top-secret U.S military project worked on creating an army of fifty-one experimental robotic soldiers capable of acting like humans. Their goal was to create a sophisticated weapons system capable of independent thought. Dr. Abel Stack took X-51, one of the the projects robots, home to test his radical theory--that a robot could only function like a human if it was raised like one. The other 50 models began displaying psychotic tendencies due to insufficient programming. The project was determined a failure and the order came down to destroy them. Each of the robots was equipped with an auto-destruct device that could be triggered remotely. Stack attempted to remove the self-destruct mechanism from X-51, however it was triggered, killing him instantly. X-51 survived and vowed that Stack's dream of human and robot peace would come true

As Machine Man, he assumed the name Aaron Stack and became a fugitive in the eyes of the military. He found a world greatly afraid of machines, but managed to blend in without suspicion. [4] Mr. Hotline dispatched a suicide bomber to hold Aaron's friends hostage in order to get him to return to the Hades Organization HQ where technicians dismember X-51 and present his head to the Monitor, a computer that projects a Satanic hologram. The Monitor searches Aaron's mind for the anti-life equation, but before he can prep a second assault Machine Man orders his limbs to reassemble and he re-programs the computer to neutralize the bomber and free his friends